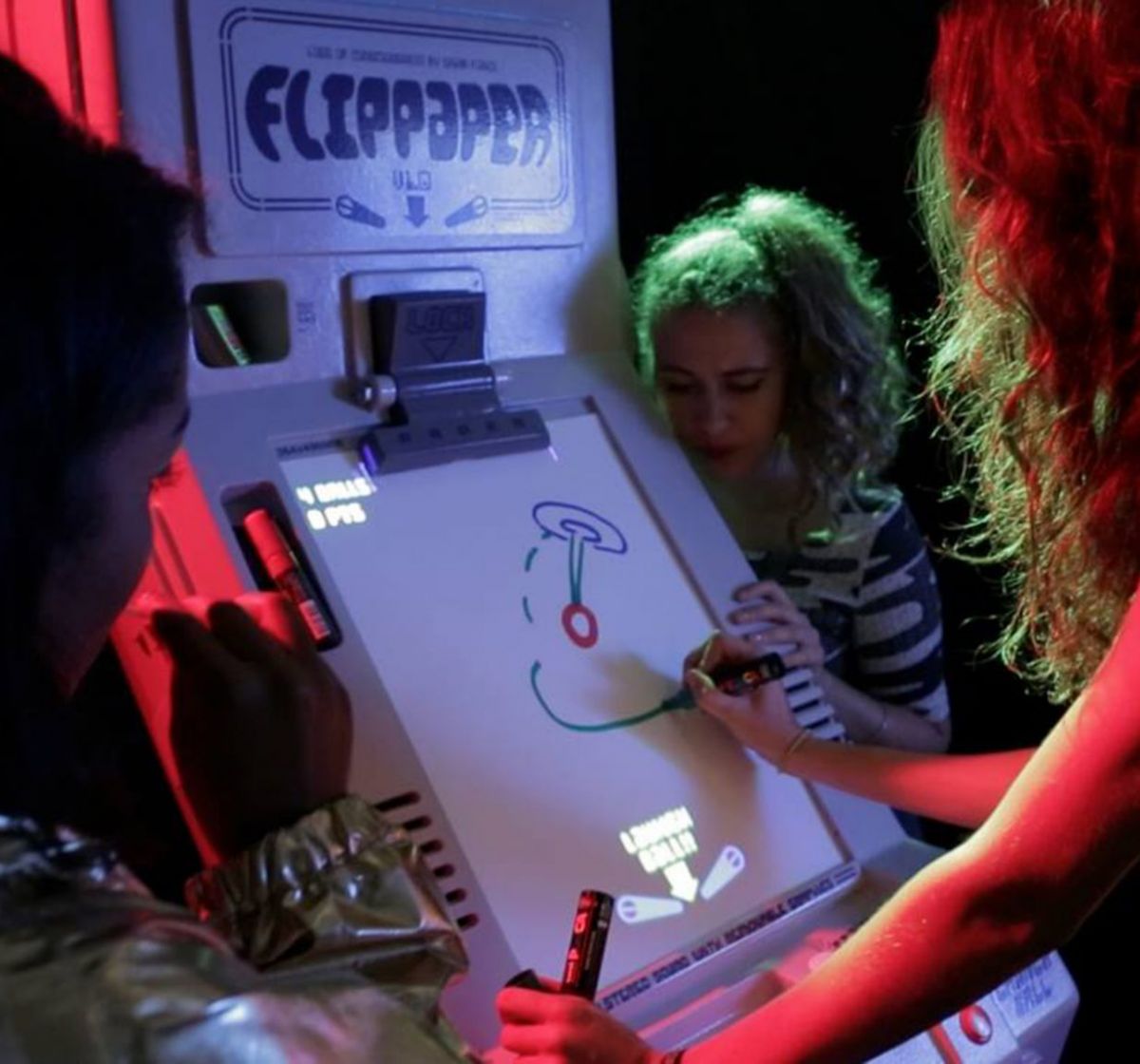 Invent your pinball with paint markers and a simple sheet of paper, and play it on a machine back from the future of videogames! Flippaper is the most simple way to train to be gamedesigner. Through a language based on colors and shapes, sketch up the walls, bumbers and speed zones press SCAN and start instantly playing your pinball with your friends. Become a Flippaper master and explore a new balance between drawing and logic, control and accidents, creativity and action.

Jérémie Cortial
Artist and inventor, he always use drawing as a first step to generate new realities. Co-founder of the art collective Elshopo, the laboratory for serigraphy in 2001, he has been exploring production of multiples from chocolate screen prints on pancakes to experimental video games. Playing at the border of art, entertainment, DIY research, his works are always very pop and visual, yet the public is often deeply involved in the process.
Roman Miletitch
Roman lives and works in Bruxelles. Researcher in artificial intelligence, magician and coder emeritus, Roman studies meaning and its representation. He juggles between various fields, crosses them and uses that as an inspiration, with a twisted vision: eccentric at times, always human.

A fun interactive game where you the sound of coconuts hitting each other to race horses.

An interactive papercraft cityscape of the center of Aleppo, including all the key landmarks.

Companions are interactive wooden dolls that emotionally support kids in their everyday life.

Autogami is a little car that runs on sun!