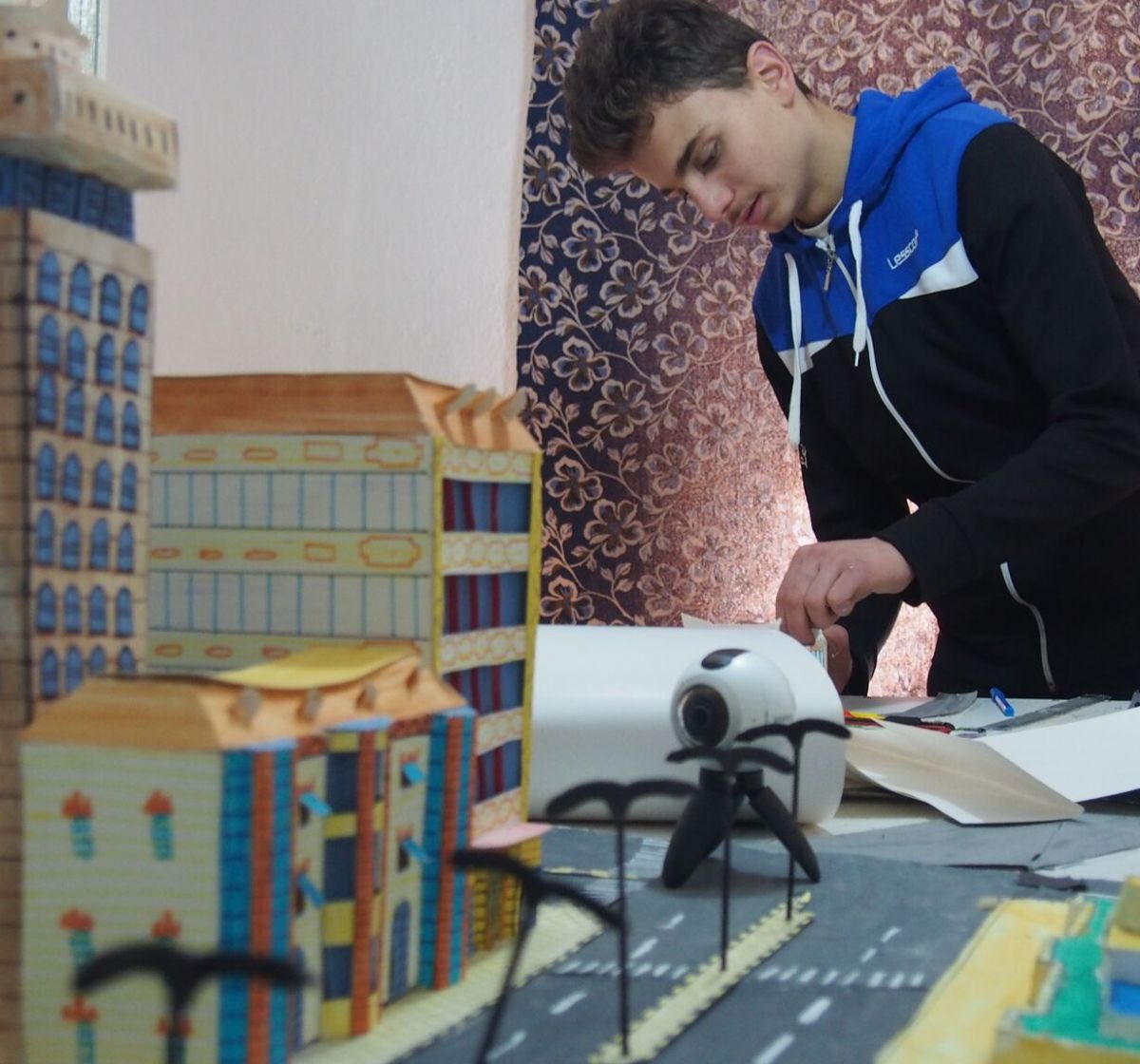 This model measures 2 meters by 2 meters and is the most ambitious piece by Mohammed Kteish. The Papercraft cityscape depicts the center of Aleppo, including all the key landmarks. The work took a number of weeks to complete and had Mohammed working hard through the night to finish in time to ship to the U.K., which required 4 custom built crates to transport.

Parts of the model are interactive and Mohammed hopes you will be able to explore the city by touching certain parts and revealing sound FX; bringing the model and the city back to life.

Mohammed began making models as a means of training himself to become an architect. His work took on greater significance as his home city of Aleppo suffered tremendous destruction from constant bombing and shelling. His home was on the frontline between opposing forces, and he would climb to the top of his buildings to survey the city and rebuild the fallen landmarks in paper craft as a method of preserving the beauty of Aleppo.

Mohammed continues to dream about becoming an architect and rebuilding Aleppo for real for all of Syria’s Children to return home to.

A fun interactive game where you the sound of coconuts hitting each other to race horses.