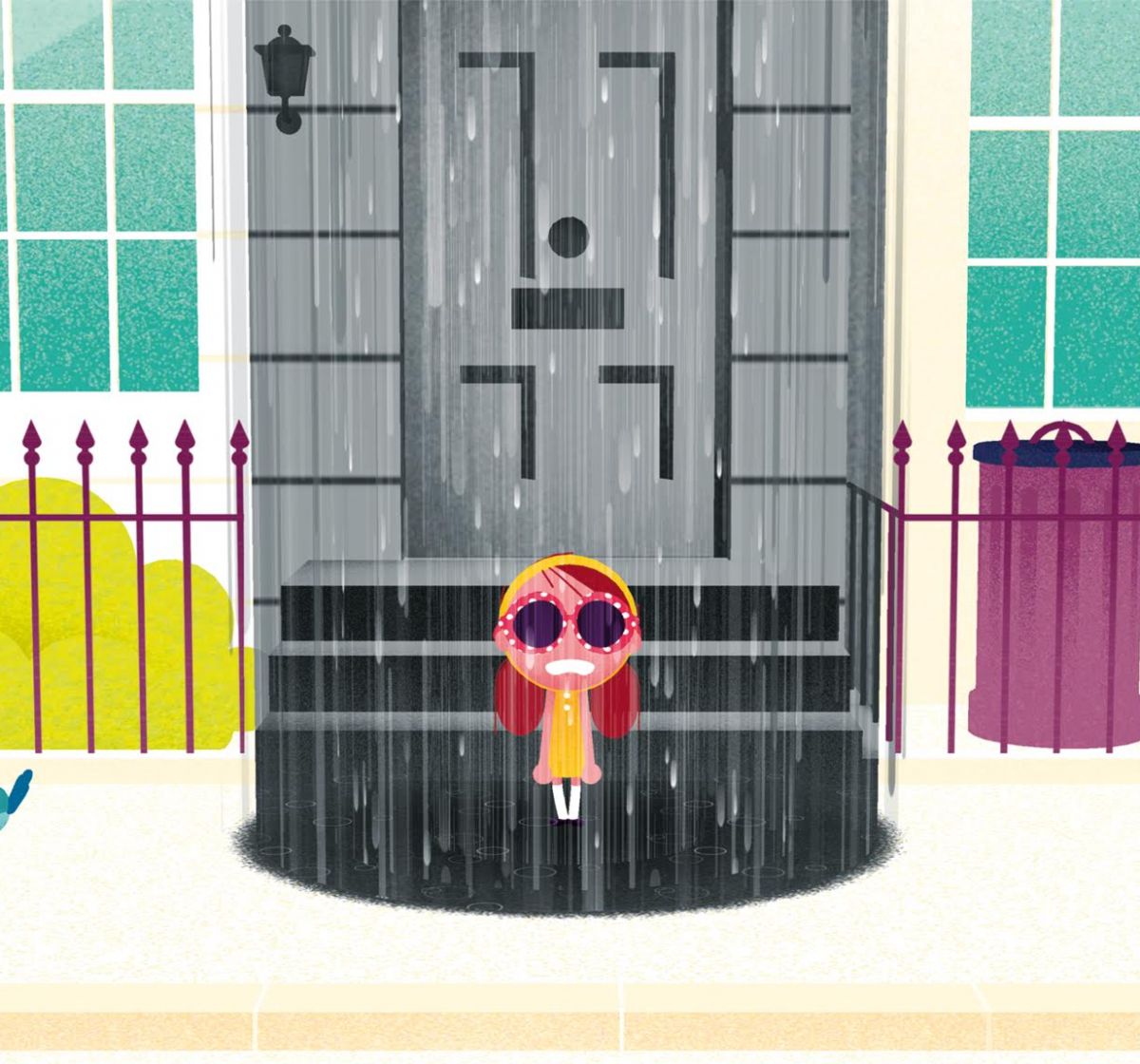 Rain or Shine is Nexus’ interactive 360° mobile VR short film made for Google Spotlight Stories. The sun is shining, the birds are singing, there’s a spring in everybody’s step.

It’s a perfect day until Ella steps outside. Everywhere she goes it rains. Rain or Shine follows Ella, who loves being outside in the sunshine, but whenever she puts her sunglasses on all loveliness disappears – her very own raincloud appears above her head and showers her with rain. The story illustrates Ella’s frustration in wanting to enjoy the sunshine, and follows her amusing attempts to dodge the rain.

Felix Massie studied animation at the University of Wales where he completed his film, ‘Keith Reynolds can’t make it tonight’. He worked at Arthur Cox and Aardman animating and directing commercials, broadcast and online content. He also made two more films there; The surprise demise of Francis Cooper’s mother (2008) and The ongoing life of Peter Peel: can, can, can’t (2010) and was an animation director on the BAFTA Nominated TATE Movie Project (2011).He finished his fourth film in London, In The Air Is Christopher Gray (2013), at Nexus Productions.  Most recently for Nexus, Felix directed Rain or Shine, Nexus’ interactive 360° mobile VR short film made for Google Spotlight Stories.

A selection of films that were written, performed and filmed by 7-11 year olds in their primary school English lessons.

Invent your pinball with paint markers and a simple sheet of paper, and play it on a machine back from the future of videogames!

Colour in our VR cardboard headsets, use them to visit animals in Wildlife Parks, and many other magical places and then take your creation home!