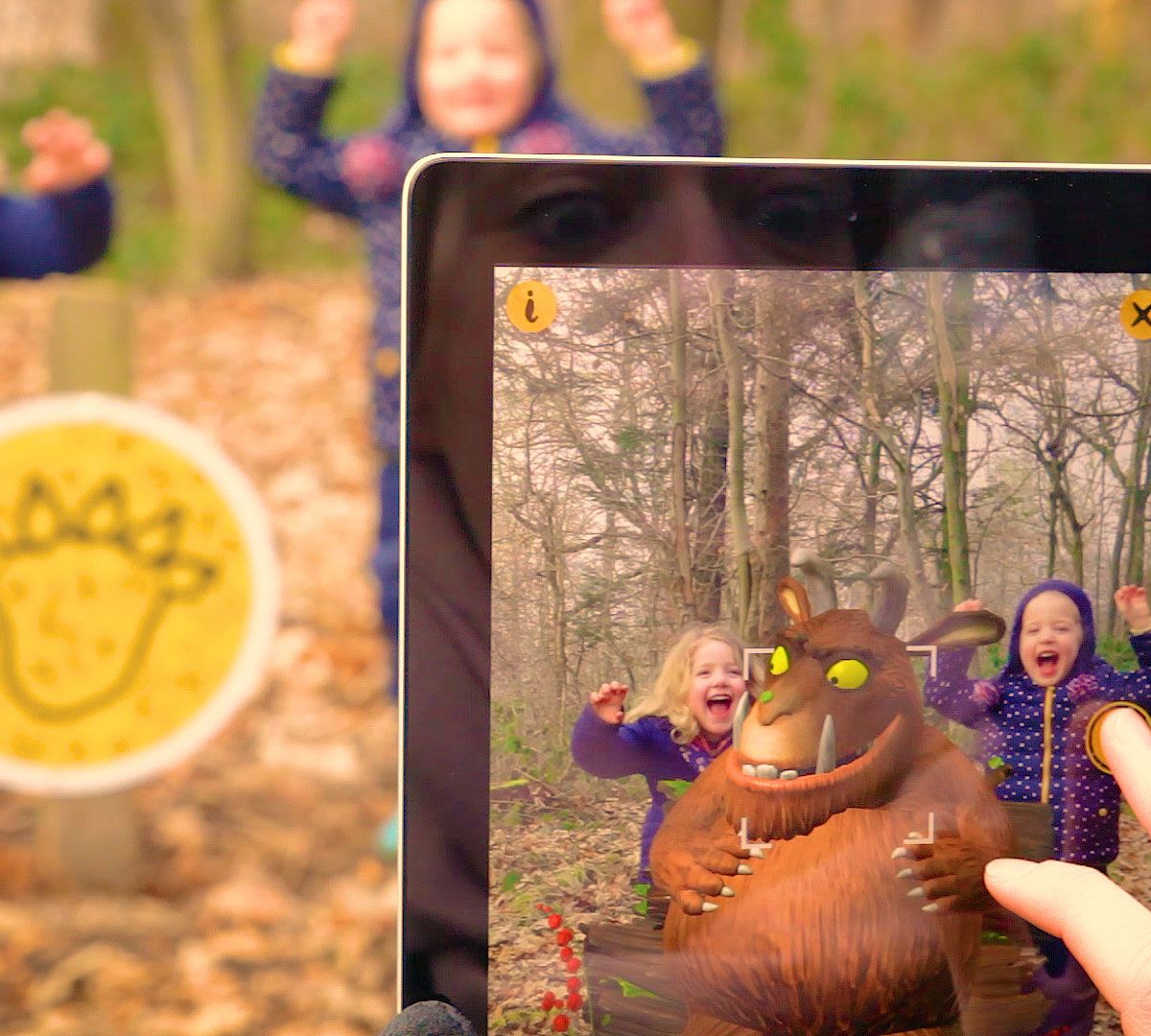 Commissioned by Magic Light Pictures and the Forestry Commission England for the Gruffalo, The Gruffalo Spotter augmented reality app invites families to follow a trail of clues, tracking footprints of their favourite characters from The Gruffalo. Once families have spotted the characters, they are brought to life in augmented reality using the Gruffalo Spotter app. Visitors can stand next to the characters and take photos as keepsakes using their phone or tablet. The new app takes family forest walks to new heights, encouraging children to get exploring, firing their imaginations and enabling them to have an all-new forest experience.

Sam Southward is a London born director, screenwriter and animator. He is known for his distinct character design and combining live action and CG techniques that he uses to tell stories. A common thread in Sam’s work is his sense of humour and the way he uses it to tackle poignant subject matters. His latest film After the End was selected for the 2015 Annecy animation festival and won Gold at the 2016 YDAs for the Film School Category. Sam has just worked with Magic Light Pictures in partnership with Forestry Commission England to create The Gruffalo Spotter augmented reality app.

A selection of films that were written, performed and filmed by 7-11 year olds in their primary school English lessons.

An interactive papercraft cityscape of the center of Aleppo, including all the key landmarks.

A portable animation and sound kit. With the touch of a finger, create melodies charged with moving shapes.